Jamie Carragher says the controversial decisions during the first half of Liverpool’s match against Manchester United saw “VAR at its best” and was the reason why the technology was introduced.The Merseysiders found themselves on the wrong end of two VAR referrals in quick succession at Old Trafford, with Marcus Rashford’s goal allowed following a review before Sadio Mane’s equaliser was chalked off for handball a few minutes later.While Mane’s looked a correct decision given the new regulations regarding handball, the decision to allow Rashford’s goal proved controversial as the Reds claimed Divock Origi was fouled by Victor Lindelof in the build-up. Article continues below Editors’ Picks Ox-rated! Dream night in Genk for Liverpool ace after injury nightmare Messi a man for all Champions League seasons – but will this really be Barcelona’s? Are Chelsea this season’s Ajax? Super-subs Batshuayi & Pulisic show Blues can dare to dream Time for another transfer? Giroud’s Chelsea spell set to end like his Arsenal career Liverpool boss Jurgen Klopp was furious at the decision and remonstrated with the fourth official, before being seen talking animatedly with referee Martin Atkinson before the start of the second half.Carragher, though, refused to criticise the VAR technology and instead feels it adds something to the game.Commentating for Sky Sports, the former Liverpool defender said: “It is VAR at its best.“That would be given before and now it’s handball – it shouldn’t be a goal. We can have talking points on VAR and disagree with certain things, especially on that first goal, but that was the reason VAR has been brought in.”Former Liverpool captain Graeme Souness was more forthright in his views and felt the officials made the wrong decision in allowing Rashford’s opener.”I think Lindelof does catch him,” Souness told Sky Sports. “He catches the inside of his left leg and anyway you look at that, it’s a foul. Matip has to do better with his movement, he has an eye on it at one point but he loses him.”There’s definitely contact with Origi and it’s a foul, he’s gone through the back of someone, regardless of his touch.” 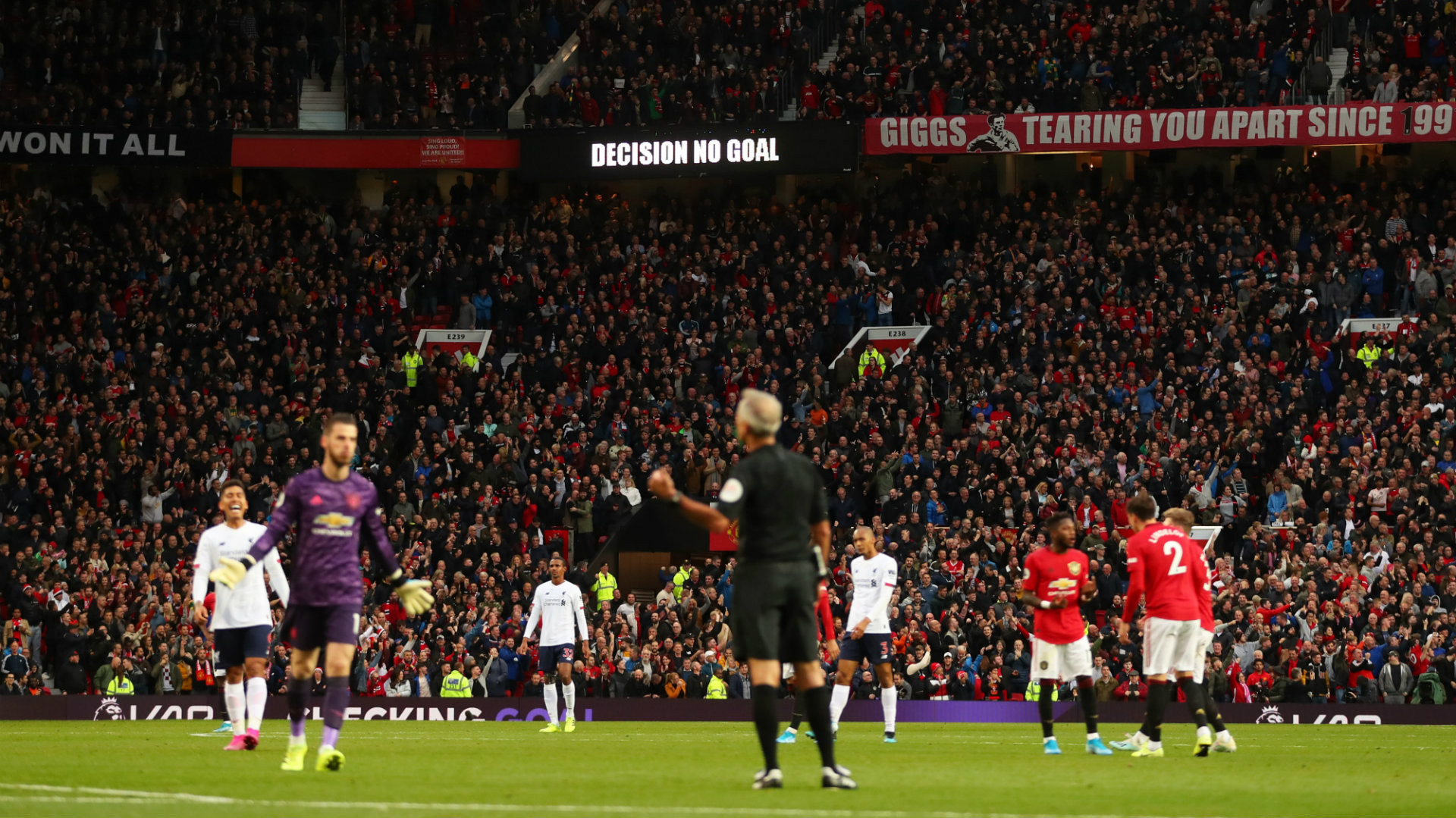 Former Manchester United captain Roy Keane accepted the Red Devils may have had a touch of good fortune but felt they deserved it for a spirited first-half performance.”It does catch his [Mane’s] hand. Sometimes you need a few breaks in this game and United have got that, but maybe they’ve earned it,” he told Sky Sports. “They’ve been the best team.”Liverpool are chasing a record-equalling 18th successive Premier League win at Old Trafford, which has drawn comparisons with Arsenal’s trip to Manchester United in October 2005, when Sir Alex Ferguson’s side ended the Gunners’ 49-match unbeaten run.Gary Neville was in the United team that day and believes his old club’s first-half display suggests a repeat result is possible,”This has got that feeling of that Arsenal ‘Invicibles’ game where you get the crowd up, things are happening,” Neville told Sky Sports.“Jurgen Klopp can’t believe it and it will be mayhem in this ground in the second half. Klopp has to get his team into the dressing room and settle them down.” Subscribe to Goal’s Liverpool Correspondent Neil Jones’ weekly email bringing you the best Liverpool FC writing from around the web